Jamboree! The very word brings into the mind of Scout, Guide, or Scouter, the great conventions of Scouts and Guides from around the globe.  We recall the Jamborees we attended, the exchange of ideas, skills, thoughts, the very idea of youth from around the world together.

Though originally an American colloquialism for a large and loud gathering of people, it was Scouting founder Lord Robert Baden-Powell who used the word Jamboree for the first international assembly of worldwide Scouting in 1920.  Baden Powell's close association with America's Scouting founders William Boyce, Dan Beard, Ernest T. Seton and James West must have brought the word to mind when looking what to call this first great gathering.


The first two World Jamborees were held in England and Denmark in 1920 and 1924 respectively.  There were no special stamps or cancels for these two events by either country.  Most of the mail that came out of these Jamborees cannot be recognized form any other mail of the day.  The first class, post cards, and most of the limited air mail service was collected at the Jamborees and canceled at the general post office using the every day cancelers.  The only way that we know if an item is from one of these Jamborees is by the corner card (return address), the messages on the post cards or when one of the Jamboree labels or cachets was used on the item being mailed.  These are treasures for the collector.


The Third World Jamboree was held at Arrowe Park, England in 1929.  This was the first World Jamboree to have a special cancel used for the event, there were three slightly different ones.  These canceling devices use was limited to registered mail, intercamp mail and on a few that were canceled as favors on airmail covers.  Most of the mail being sent from the Third Jamboree was handled the same way as in the two previous one.  The post office collected the mail from the Jamboree and canceled it at the Post Office with the regular daily used canceler.  A good part of the mail from this Jamboree that is in collections is noted by the corner cards, return addresses, messages on post cards or when one of the Jamboree labels were used on the card or corner.

The Arrowe Park Jamboree was the first one
to have an advertising slogan on a meter for it.
Only 2 or 3 copies are known to exist.


Hungary was the site for the Fourth World Jamboree in 1933.  This was the first Jamboree to have stamps; five stamps were in the set.  This Jamboree is a stamp collector's dream; beside the stamps there were special canceling devices for this event.  They differ one from another by a letter in them (a through m).  The registry labels were produced for exclusive use at the Jamboree at Godollo.

The special cancel for the IV World Jamboree.
Thirteen different ones were used.


A series of special flights were commemorated with special colored flight cachets and special labels.  These flights took place from the Jamboree campsite to Budapest and back.  A great looking postal announcement was printed for the issuance of the stamps.  Souvenir items were available to collectors, like the Esperanto sheets that had the stamps canceled to it.  For philatelists this Jamboree holds a special collecting distinction, it is the only Jamboree that has mail from the Jamboree to be carried by the Graf Zeppelin.

Four different cachets were used on the Scout flights from the Jamboree.


The Fifth World Jamboree was in the Netherlands in 1937.  This was the first Jamboree to have stamps and a cancel issued from other than the host country.  The Dutch Indies colony of the Netherlands issued both a set of stamps (B20-B31) and an advertising cancel that tells everyone to Buy Jamboree Stamps.  Like the 1933 World Jamboree this event offered many items for the stamp collector.  There were four different Jamboree cancels and many different labels.  They were used in combination to create many interesting items.  Most famous of all the Jamboree connected items is the use of the Jamboree stamps in May before the Jamboree opened on mail carried on the last flight of the Zeppelin Hindenburg.  The crash of this great Airship ended the era of Zeppelin flight, but created the most sought after covers recovered from that fiery disaster at Lakehurst, New Jersey. 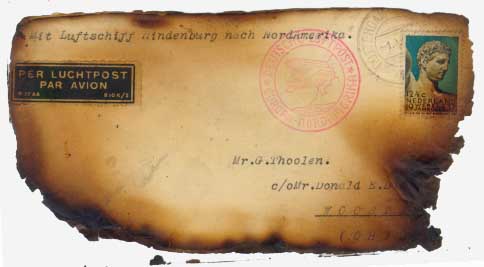 
The Second World War brought with it a hiatus to the holding of World Jamborees.  It was not until 1947 that World Jamborees were resumed.  The Sixth World Jamboree was held in France.  They issued a single stamp for this along with five different cancels, three hand cancels and two machine cancels.  There were a number of beautiful die proofs and essays issued in many different colors.  These are great items to add to any collection.

The Jamborees of the 1950s into the early 1960s saw a slow growth of the number of stamps issued to each one by the host country as well as others that issue stamps to honor the Jamboree.  Meters became part of the normal items issued for the events along with the cancels at the event themselves.  The number of stamps issued by non host countries has grown steadily since the 1967 World Jamboree.